It was a bright night and I couldn’t stop thinking about how clear and crispy was going to be the next day. As I had planned I woke up  before sunrise and got a ride to Long beach with Jodi and Torge that were on their way back to Germany. It was still pretty dark when I got to the ocean. I sat down close to the shore and waited for the first light. It didn’t take me too long to realize that I was surrounded by a thick cloud of fog. I wasn’t expecting to run into this moody atmosphere but well I played some warm tunes and started to walk through the nothingness. 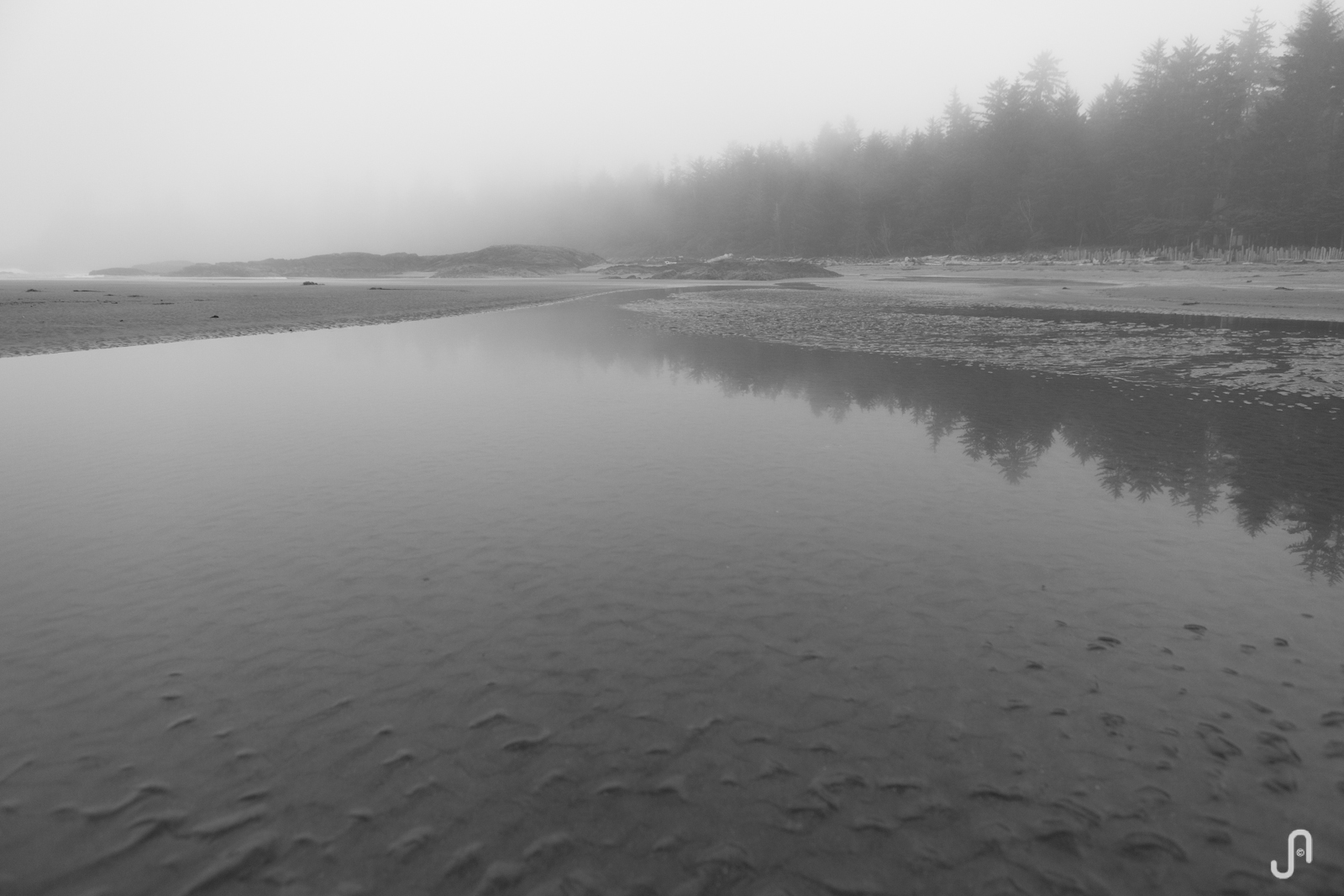 This fog was a flashback that took me back to my hometown, it was a familiar feeling that I had forgotten. I walked around without finding any human being for quite sometime, instead I found what we always left behind: Castles on the sand, a message on a tree, footprints… 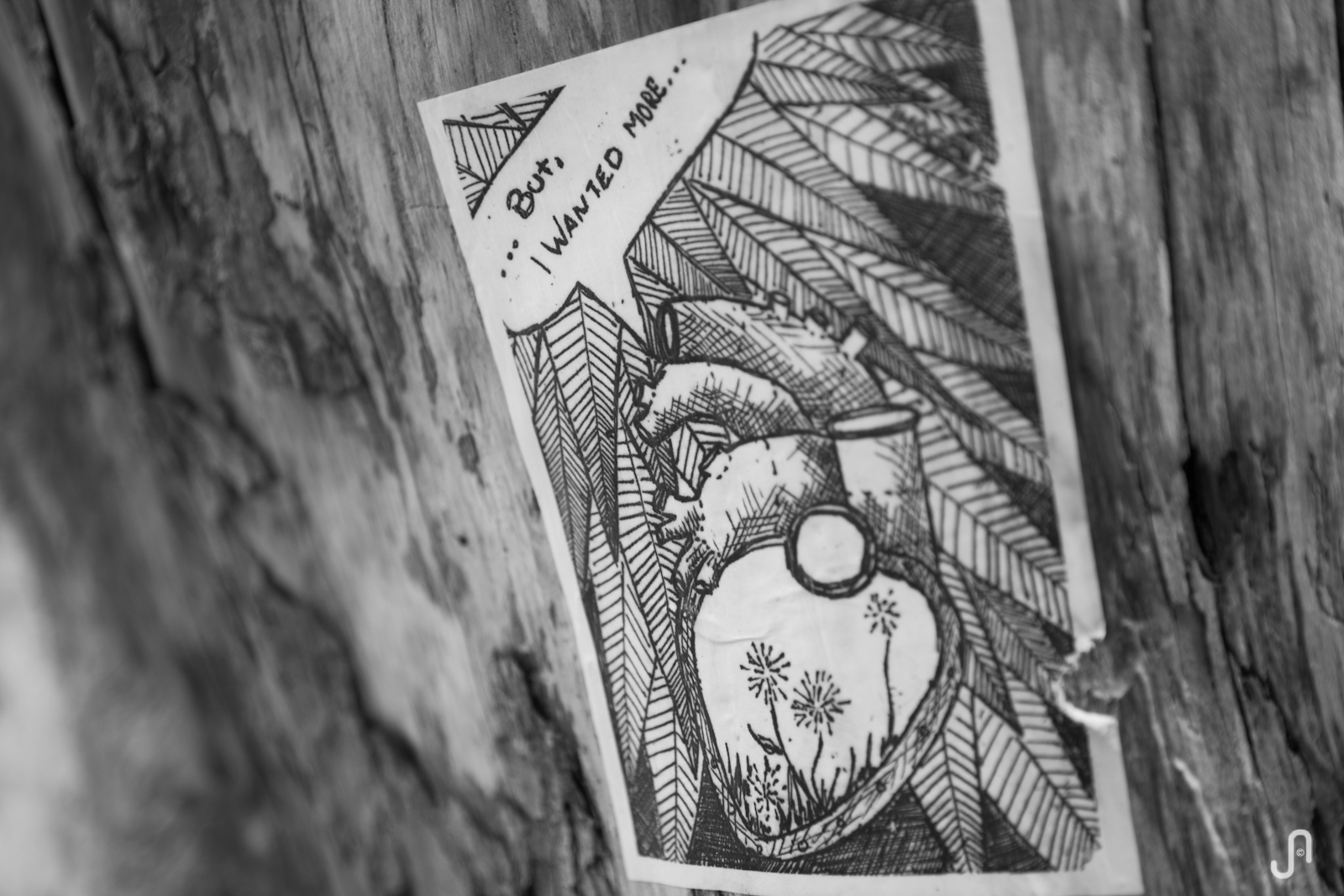 …But I wanted more… it always does

After few hours finally human shapes started to showed up on the horizon. One of these shapes would explain me later that we were on the month of August better known in Tofino as Fogust. 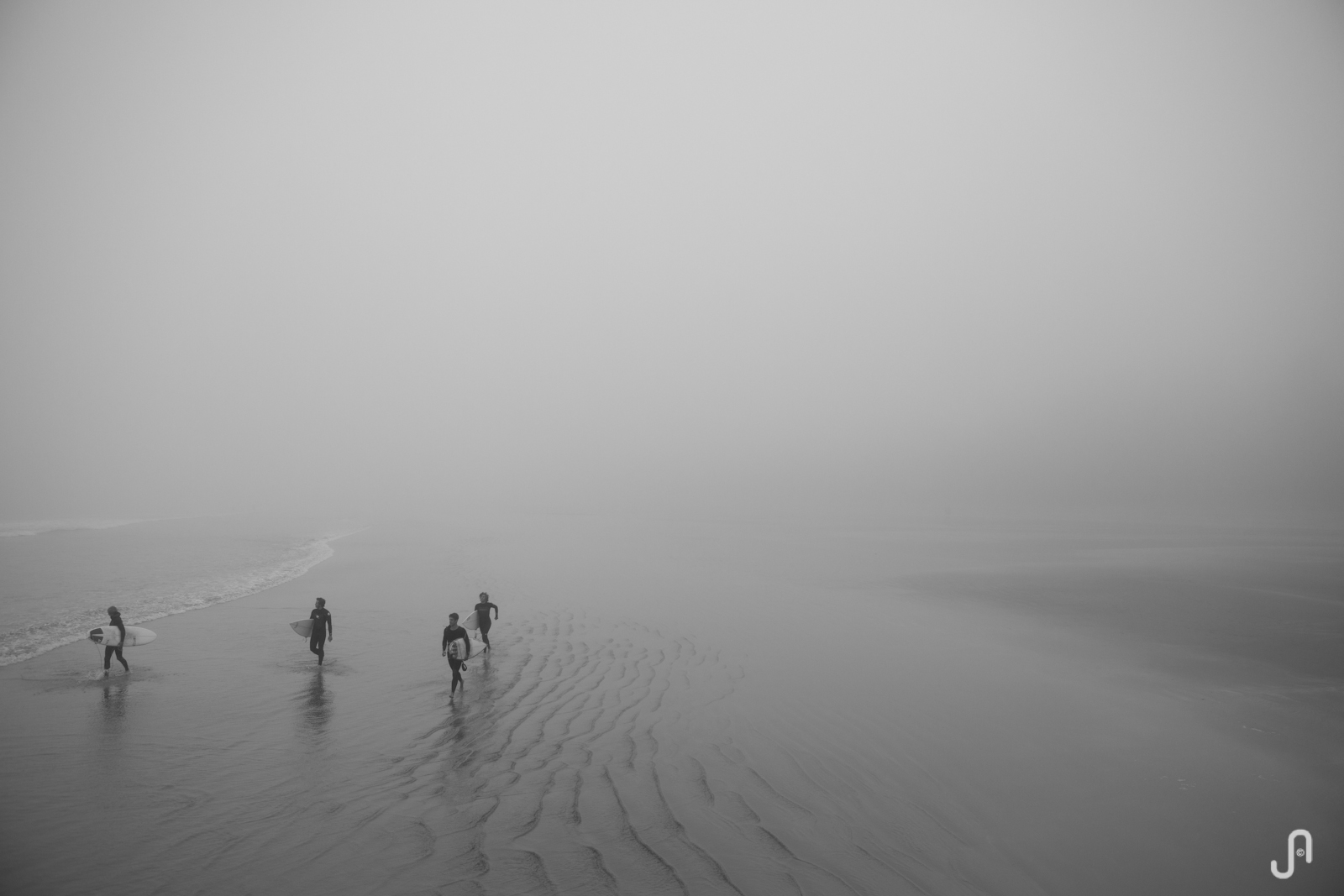 His local knowledges seemed pretty extensive and with confident he assured me that the fog would pass before noon. It was almost 11 am and the thick white mass looked even worse than earlier so I clicked the shutter for the last time and then headed back home. It was hard to believe that this cloud was going to leave town soon.

I was one block from home when I saw the first piece of blue sky breaking into the pale white layer. In seconds the whole ceiling turned blue, and at 11:50 am the sky was as bright and crispy as it gets. My local friend was right. 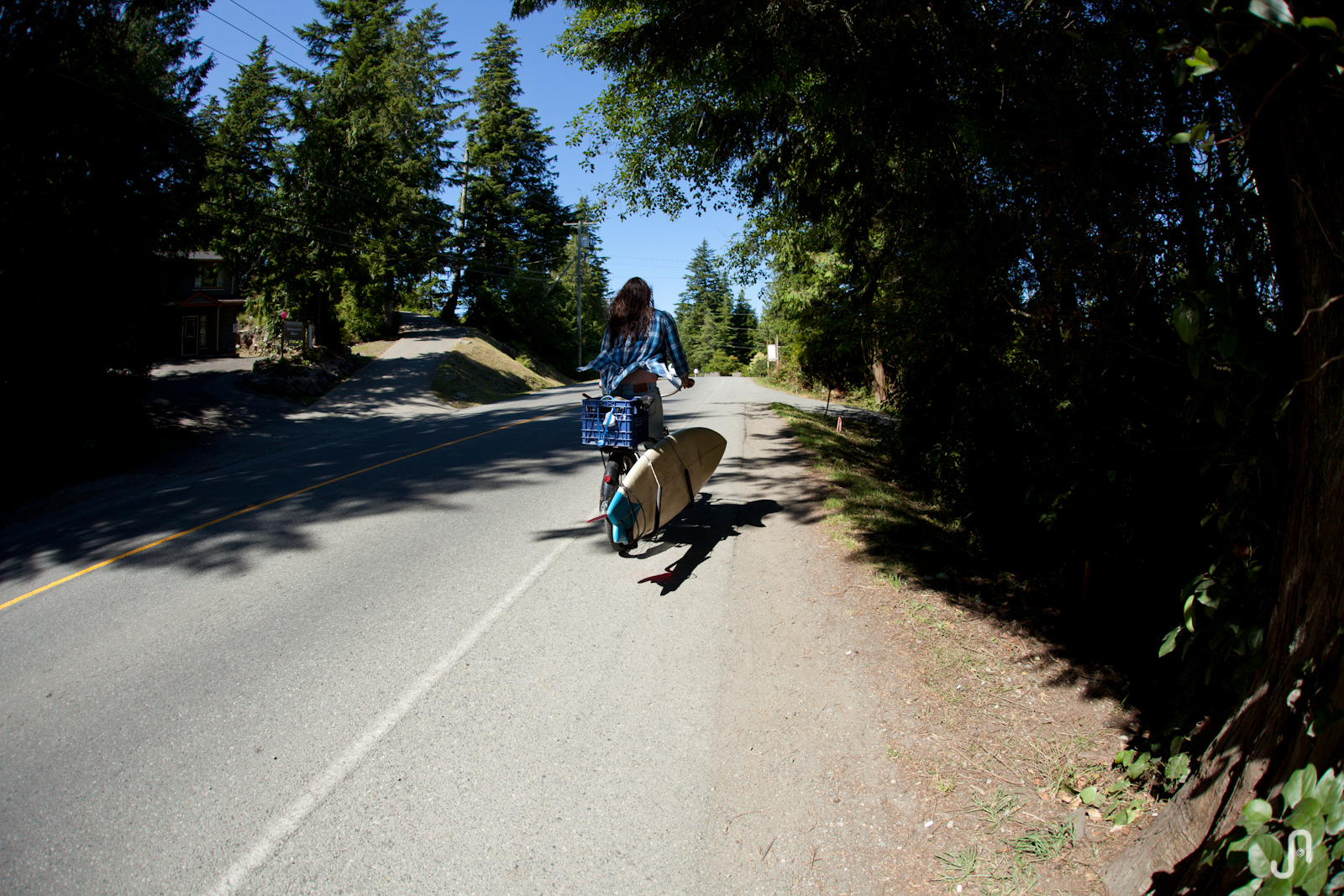 Thanks to Seany and Deeds for the hospitality and for choosing that magical place to live.