It was a hot day in the North Shore and, as usual, we were driving without a final destination in mind. While looking for a shady place to chill we ran into “The Haleiwa Art Festival” so we decided to check it out. Most of the creations looked familiar to me but there was one stand in particular that called my attention. These paintings were different, they reminded me the old school of surfing.

Behind these colorful canvas I found Daina,a canadian artist who has traveled all the way from Nova Scotia, Canada, to share her art with the Hawaiian community, and of course, ride some waves without a 5mm wetsuit.

We chatted for quite sometime about her inspiration, Surfing, Hawaii, Canada, Art and Free Flying.

She said: “Flying” really? Can we go paragliding here in Hawaii?

She was really excited about the idea of flying in Hawaii and I wanted to have some of her work, so we decided to trade our art.

Two weeks later, and before she left the island she called me. She was ready to get some salt air.

It was a windy day, but we managed to get in the air. For almost two hours we cruised along Makapu’u Beach. She landed with a huge smile that stayed with her for the rest of the day. 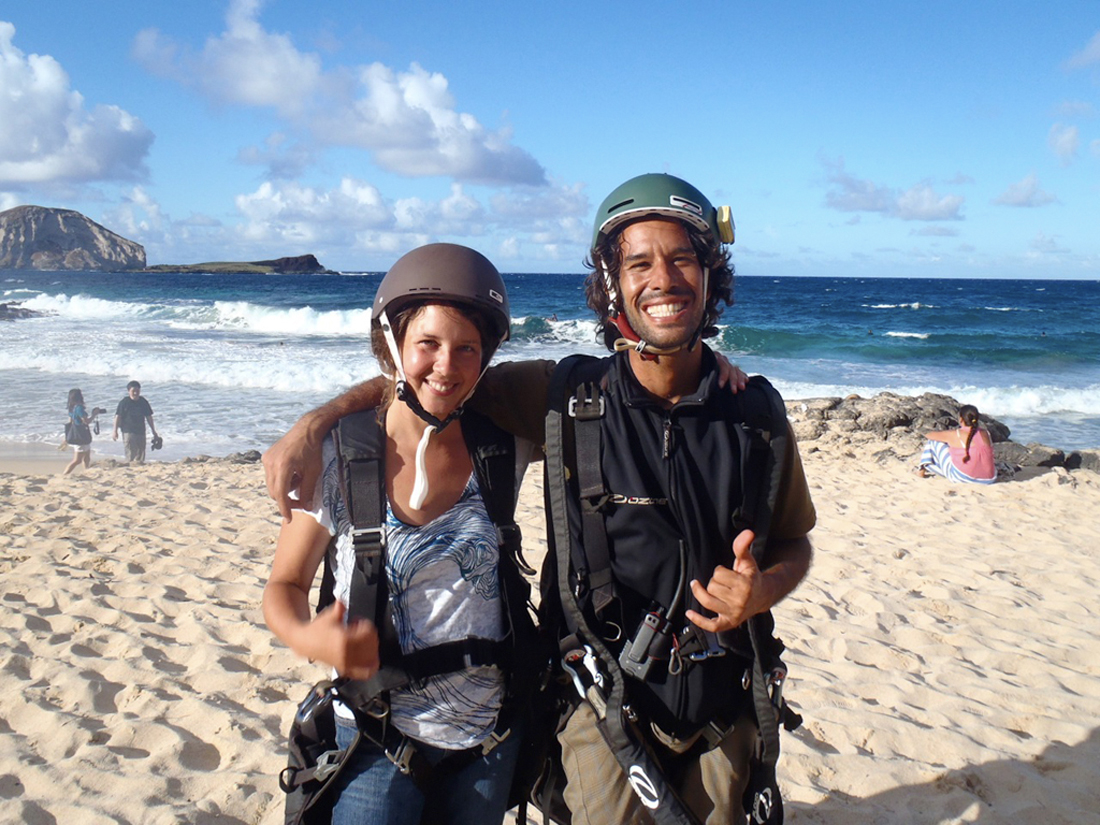 Daina’s Art took her, literally, to the sky, and my art gave me the  first and only 2 painting that hang on my wall for now. 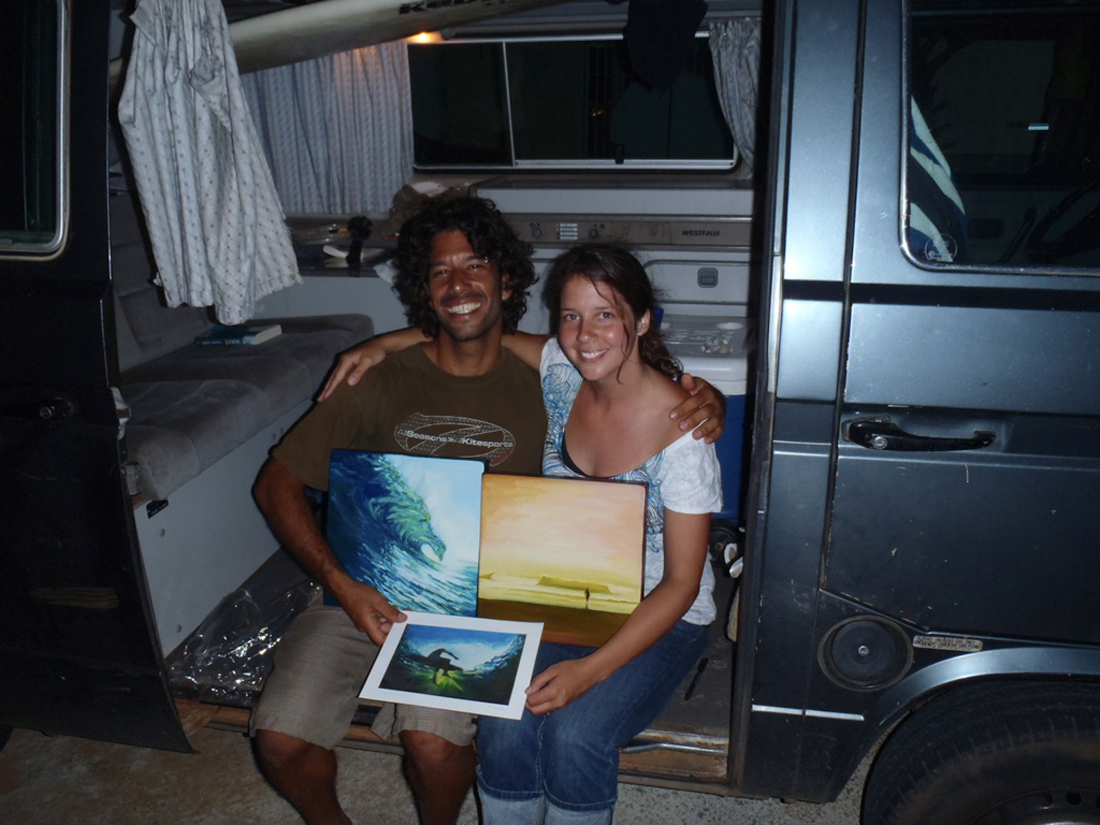 The first painting for my walls

“When was the last time that you trade your art?”

After three weeks in Hawaii Daina went back home and created a series of painting inspired on her hawaiian flying experience  to check it out visit: